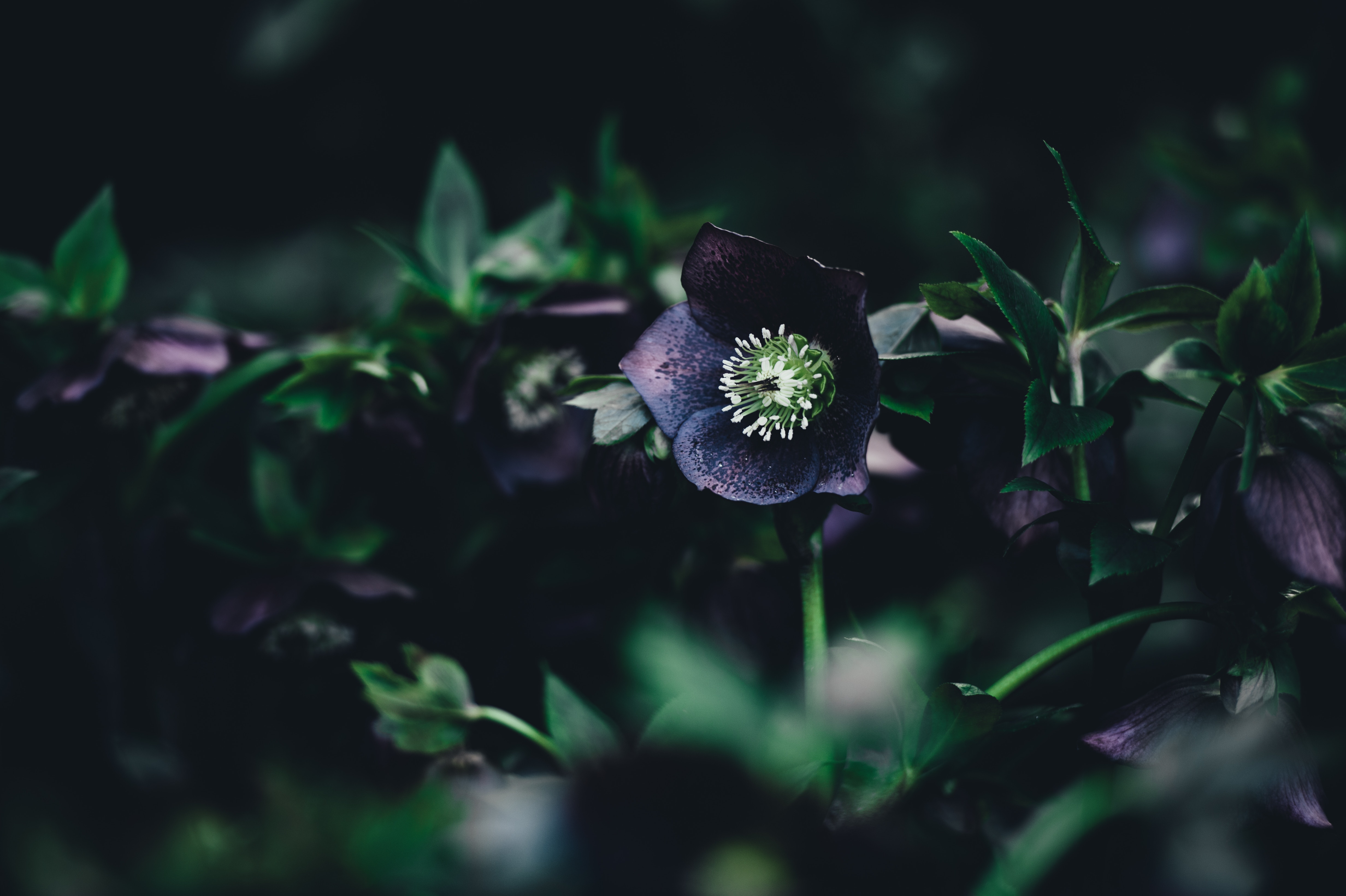 I’m 48 years old and I live in Sarajevo. My parents are from Sarajevo. Like any other family, we also had some moral values. And since I was a kid of a mixed marriage, no religious practices or customs of any kind were celebrated. Or maybe we would just celebrate it for fun, we would mark it somehow, but nothing religiously. At that time, 1st of May was more celebrated commonly, that’s the way it used to be, unlike now. We even marked 22nd of December; all those dates have changed now. I was really young in the nineties, I was eighteen or nineteen years old. I had ambitions as any other young person, to finish my college, since my parents were intellectuals, to get a job… Not to marry, but to be happy.  To be part of the society, to be a social person, get a job – like any other young man, you know.

Were you in the army?

What was this experience for you?

Well, I think as for every soldier – it was hard. That doesn’t…I think it has nothing to do with being LGBT or straight…even for me, as a LGBT person, maybe it was probably a bit harder, but since it was never a topic in the military, nor a problem – that is, we all had same problems, regardless if you were straight or LGBT, it didn’t matter, back then.

And was there anyone you could talk about it in the army?

Well, no. There was no…I think there was no need for that because we had other problems, same problems, so even straight people didn’t open up. You simply hid it. Like today. And truth to be told I didn’t have the need to talk about it, absolutely. I couldn’t wait this army service to be over, so I can be civilian again so I could talk to someone else about it. I think that very few gay people would come out in the army, who would say it? It was…like a public secret…I mean you could figure it out, that you are on the same page, we would recognize one another and hang out…but still, we wouldn’t totally open to one another. I don’t know if you can understand it, but we got each other, we understood each other and we socialized. We could read something between the lines, and know more. But we did have doubts about some people, like today, if you are somewhere, working somewhere, you suspect something and they suspect something, but you never really open the topic. You simply come to that point of open conversation or not. Like everything in life. And in the army you just counted every day to pass. So you knew you would not stay there permanently, and that it wasn’t your job, so you could think of a future, you could think of having a friend to whom you can be open about it. And these people in the army are the people you will see in that period of your life, while you are in the military and you will never see them again. So there was no need to share some intimacy…

What was your life when the war started?

I was in Sarajevo. Life was, of course, different. I was a happy person, content. There were no social networks, we used to hang out and socialize face-to-face. It was different.

And when did the war begin, how did you explain it to yourself?

Well, like any other person, regardless if you are LGBT or straight person, especially if you never experienced war before…you think that this is something, that it will not last. You think it will stop. You think to yourself, it’s politics, it’s…I couldn’t even imagine that it would last so long, that it would happen in Sarajevo. I think that everybody in the war had the same fear – how to survive the day? Every day. How to find food? How to get water? I mean simple, basic things. You were afraid of a sniper, of a grenade…

Did you know any LGBT people then?

Yes. Of course, we were friends. Since, I was in the army, we used to gather in apartments, where else? But there was not many of us. We hang out together. We didn’t discuss that much LGBT issues. It’s unbelievable, but when you are in situation like that…we talked more about food, about survival, about … I mean like all the people who lived in Sarajevo at the time. But, having in mind we are the same, we could have…we understood each other better… I mean, there were no social networks, there were no places to go out, no bars, and no cafés. There were no social events, so there were no lots of topics either.

How would you name or define your beliefs?

Did you have any activities that were in your focus that gave you strength, during the wartime, in that context?

The feeling…oh, then it was a feeling of freedom. The war was over and we were still in uniform, working. And…it doesn’t matter that war stopped, you had this…this feeling like it was still wartime. Just then I had a feeling that the war was really over, and that I am a free person. One month after the war was over I was dismissed from the army. It was then that I realized – the peace has come. Because there is no more…then I realized – this is peace. In fact, that was the process. The peace didn’t come like in the movies we used to watch, like in one day, war is over and we are all out on the streets. It was a process, not one day realization. It wasn’t like “Well, it is peace today!” Imagine, you’re putting on your jeans after four years, the day you are being dismissed. So you are returning the weapon that you hated so much, weapon that didn’t kill anyone, but you still didn’t like it, everyone knows what weapon means. So you are wearing this uniform that was imposed to you, that you didn’t like, and you wear it every day like a chains on you – and then four years after, you are wearing jeans. There! That is freedom.

After the war, there was no internet right away. It was, but it wasn’t in immediately. Or maybe it was, can’t remember. Since we were still young, people started going out more, hanging out. Being young, of course it was all interesting to me. When I look from today’s perspective, of course age did a play role. I mean, if you throw me at this age there, and those years after the war, maybe it wouldn’t be so interesting to me now. Well, since there was no internet, and no social networks we had to see each other more often, to catch up where is the next party, who’s going to be there, how many people are coming…so, I think it was more interesting. It was more spontaneous. And the parties were usually in someone’s apartment. There was one discotheque, since there were many foreigners after the war…SFOR, IFOR, UNPROFOR, who can tell, they constantly changed those names. There was lots of gay men foreigners, it was unbelievable. And somehow, it seemed, when you come to the discotheque, that there were more gay people than straight. For example, there was “Internet”, this famous place, and it was full, every night. There were situations, for example, when one of those foreigners slips an invitation to your pocket with information on next party… so it’s a little absurd that at that time there were more parties and gay gatherings after the war. It was much more interesting. Now there is this virtual space…but if people are satisfied with it – okay, but I do hope that they are still going out and hanging out, I hope that not everything is in virtual world. I mean, you cannot love someone and socialize over social networks, you still have to see that person and meet somewhere, get to know each other. Maybe that’s the way to meet someone, and later who knows.

Do you see the war as long past or recent past?

Well, to me it seems like long past. Really. I mean, I don’t even have any trauma, or anything. I can’t recall if I ever had any bad dream or dreamed of any moments from the war. This is very strange. Perhaps for some people, for me…it is strange to me, as well. I do not have any trauma. Or that’s what I say to myself…or I’m just such a person. I don’t know. Maybe…probably there are people who have trauma now. I don’t have any trauma. Because I have clean consciousness. I did not kill anyone in my life, I did not do something wrong or did anything evil, I suppose, that’s why I do not have a trauma from the war.

And ethnicity – has it ever been important to you when choosing a partner?

Of course not. Even on the contrary, I’ve always had partners, people I loved, who were different ethnicity

What is freedom to you?

Freedom for me is to have enough resources for everyone to live a good life. And I think there are enough resources out there in the world for a good life. It’s just that politics is so dirty, and it doesn’t allow people… It was intentionally imposed to us. That is freedom to me. Freedom of living. So everyone is… I mean you can work, or not work, but being hungry, you know… And there you are not really free, and you think you’re free. This is not freedom for me. Freedom is when you have the resources, that political establishment or the state doesn’t provide you, for any reason. I think that any given situation in the country, in politics, any story cannot change me. So I always keep returning to myself and my same norms and values of thinking and living.

What kind of the world is possible, for you?

Well, possible world is the one, that we know is impossible, the one that is not going to be. This was an absurd response, but I do not think that world will be happier place, looking at current movements and happenings, I see more sadness, more hunger, more wars… So having it all said, of course I wish everything to be completely opposite.